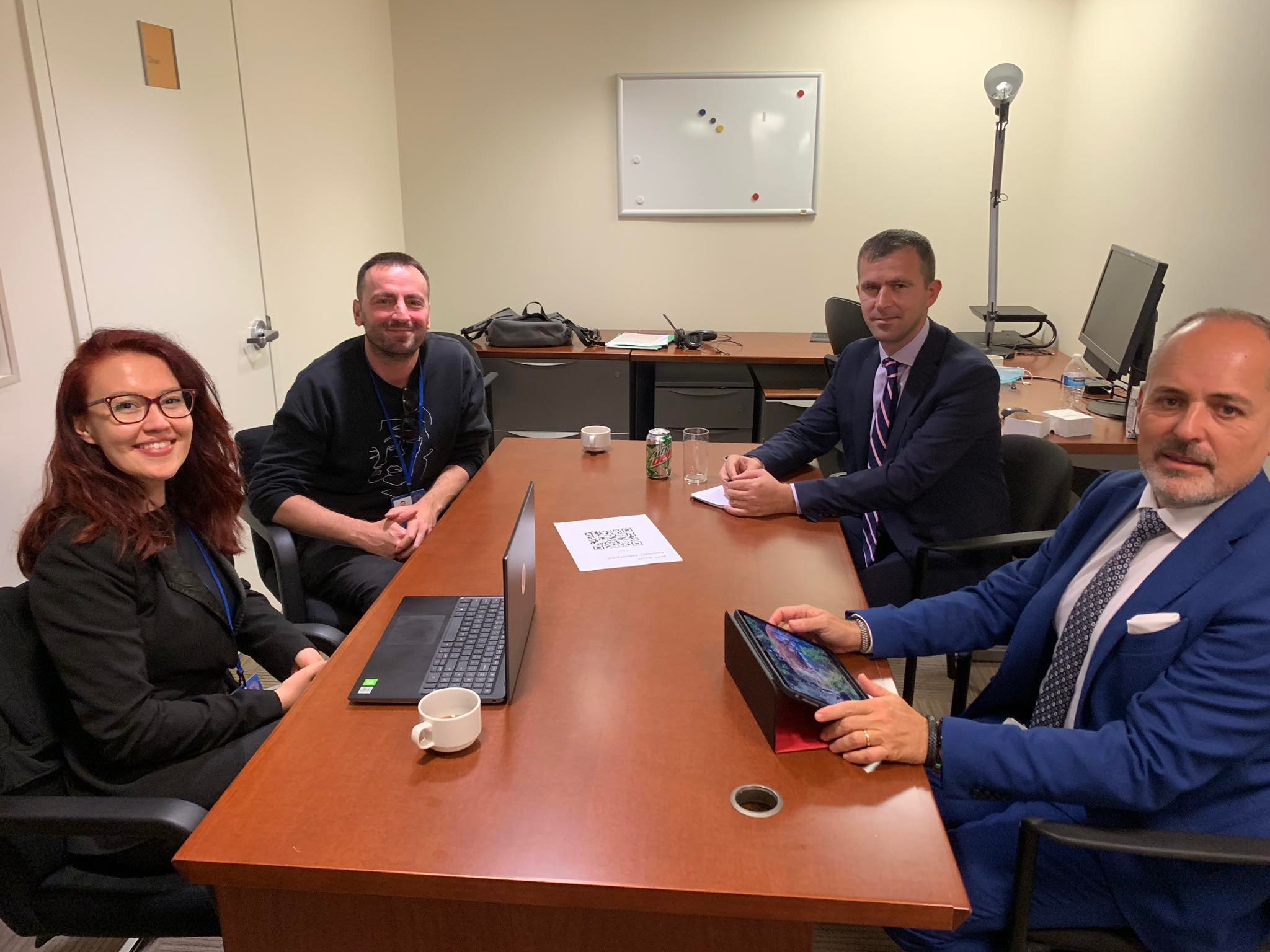 Adelina Tërshani, KWN, during her stay in Washington DC where she participated in the Annual Meeting of the World Bank (WB) and International Monetary Fund, held meetings with key actors of the WB in Kosovo. She met with the Country Manager for Kosovo and for North Macedonia, in the Europe and Central Asia Region of the World Bank, Massimiliano Paolucci, as well as the Advisor to the Executive Director of the WB Group, Hajdar Korbi.

During the meeting, Tërshani presented KWN’s recommendations to the World Bank, focusing on the need for the Bank to continuously consult women’s rights organizations in Kosovo before and during the development of their activities, with the aim of improving the impact of these interventions on women and girls life in Kosovo.

Meanwhile, Paolucci expressed his readiness for a wider cooperation with organizations active for women’s rights in Kosovo, especially with regard to the development of initiatives that directly affect women and girls in Kosovo. He emphasized that the need for consultation with organizations will increase especially during the consultations on the drafting of the Strategy on Gender Equality within the World Bank next year. “The door of the World Bank in Kosovo is open for organizations for women’s rights”, he concluded. Tërshani represented KWN in many other discussion panels within the civil society agenda during the Annual Meeting of the World Bank, where she also publicly raised the issue of the need for WB consultation with civil society organizations.

The Annual Meetings of the Boards of Governors of the International Monetary Fund and the World Bank Group brings together central bankers, ministers of finance and development, parliamentarians, private sector executives, representatives from civil society organizations and academics to discuss issues of global concern, including the world economic outlook, poverty eradication, economic development, and aid effectiveness. Also featured are seminars, regional briefings, press conferences, and many other events focused on the global economy, international development, and the world’s financial system. This year’s event took place in Washington, D.C., in October 10-16, 2022.