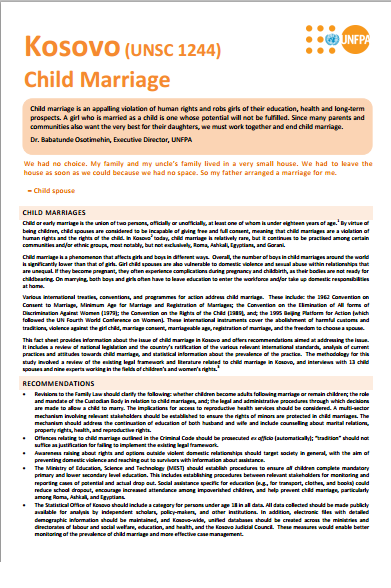 CHILD MARRIAGES Child or early marriage is the union of two persons, officially or unofficially, at least one of whom is under eighteen years of age. By virtue of being children, child spouses are considered to be incapable of giving free and full consent, meaning that child marriages are a violation of human rights and the rights of the child. In Kosovo today, child marriage is relatively rare, but it continues to be practised among certain communities and/or ethnic groups, most notably, but not exclusively, Roma, Ashkali, Egyptians, and Gorani.