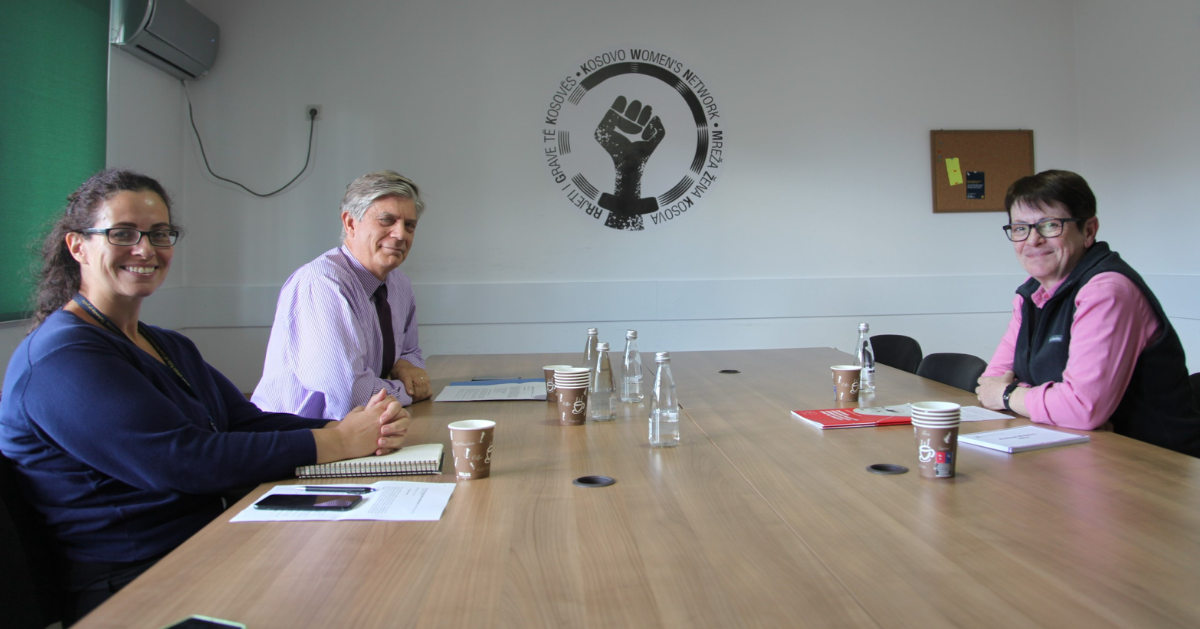 Supporting Kosovo institutions in effectively addressing and ending impunity in sexual violence cases was the focus of the discussion between EULEX officials and KWN’s Executive Director, Igballe Rogova.

Rogova said that the increased sexual violence against girls and women in Kosovo, can only be stopped through institutional cooperation and only if the respective institutions implement all the applicable laws, such as the Criminal Code and the Istanbul Convention on preventing and combating violence against women. Thus, victims of sexual violence will be feeling safe while the courts will impose maximum prison sentence on the perpetrators as defined by the Criminal Code.

They also discussed how to follow up on EULEX’s recent report on the Kosovo judiciary’s handling of rape cases and the often too limited sentences.

Following the meeting, in a Twitter post, Wigemark praised the KWN’s work on furthering the women’s rights in Kosovo.

“Great to once again meet with Igballe Rogova at KWN. She and the Kosovo Women’s Network are trailblazers for women’s right in Kosovo. “

During the meeting it was pointed out that KWN and EULEX Mission have a strong cooperation and will continue to support each other and other relevant institutions in the fight against sexual violence.