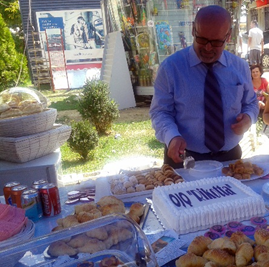 Agim Gashi, Head of the Public Services Department of the Municipality of Prishtina, cuts a cake made by members of NGO Rikotta, officially opening the â€œWomenâ€™s Piazzaâ€.

The Women’s Piazza, run by NGO Rikotta, sells baked goods everyday on this busy pedestrian square. In addition to helping their women members earn some extra income, they plan to use this public space to organize four street campaigns on topics including women’s right to education; participation in decision-making; breast cancer; and people who suffered domestic violence and trafficking. NGO Rikotta opened the Piazza because they were concerned by the lack of citizen initiatives to further women’s rights and participation in public life.
“Citizen initiatives are very good tools for promoting solidarity among women’s organizations, as well as gender equality,” said Pranvera Bullaku, Rikotta’s Executive Director. She hopes that the Piazza will raise by-passers’ awareness about issues that women face in everyday life.
The Women’s Piazza is a collaborative initiative undertaken with the Municipality of Prishtina, which provided the venue. Agim Gashi, the Head of the Public Services Department at the Municipality of Prishtina, officially opened “Women’s Piazza” on Aug. 12, 2013.
“We intend to support all positive initiatives of Prishtina citizens, particularly those focusing on supporting women’s rights and women’s hard work,” said Agim Gashi, Head of the Public Services Department.
This initiative also received support from the KWN Kosovo Women’s Fund, from which Rikotta received a grant for €2,990 in July 2013.

You can drop by any day to learn more about this initiative and/or purchase some products made by women: the Piazza is located on Mother Teresa Boulevard in Prishtina, next to the Ministry of Culture, Youth and Sports. 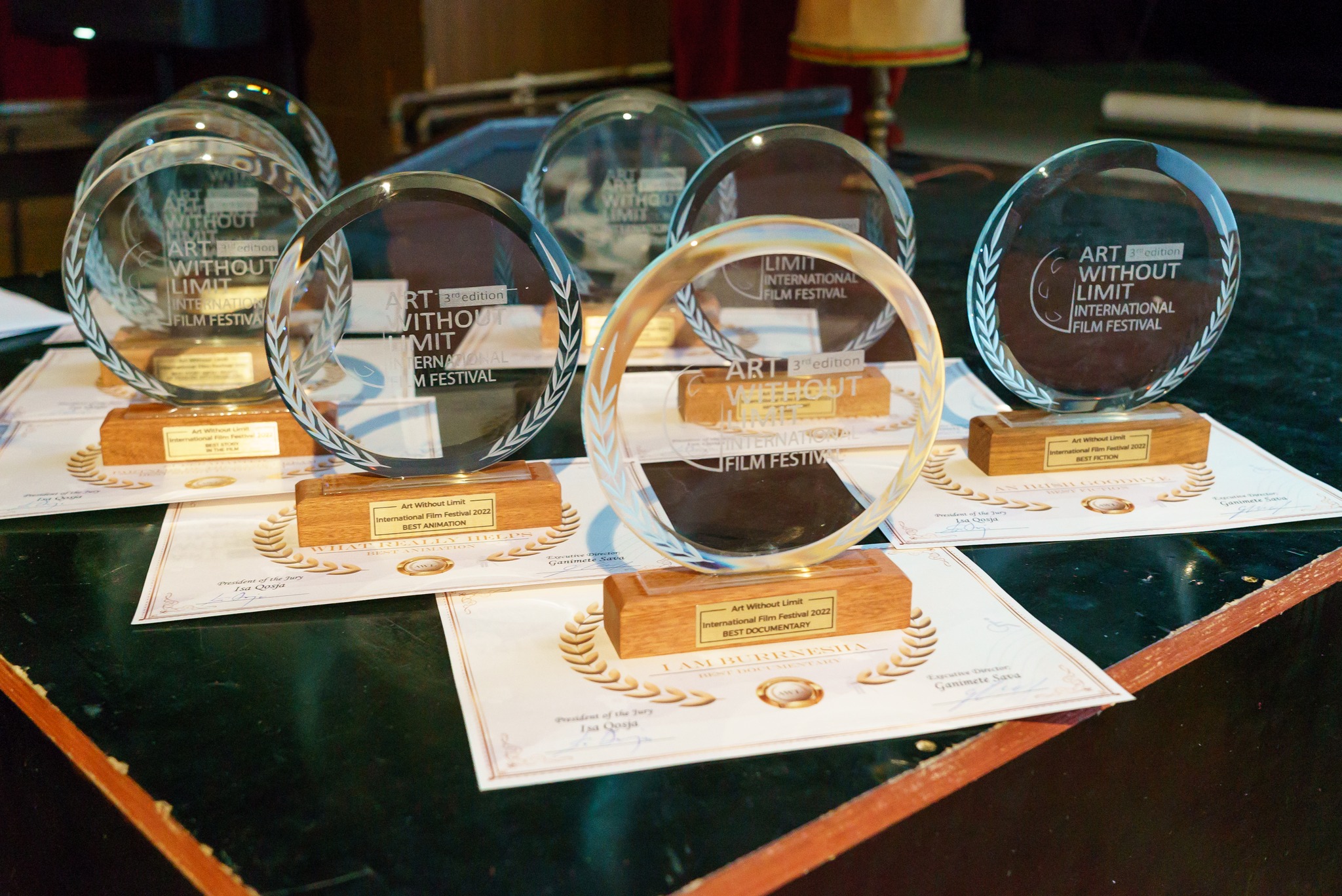 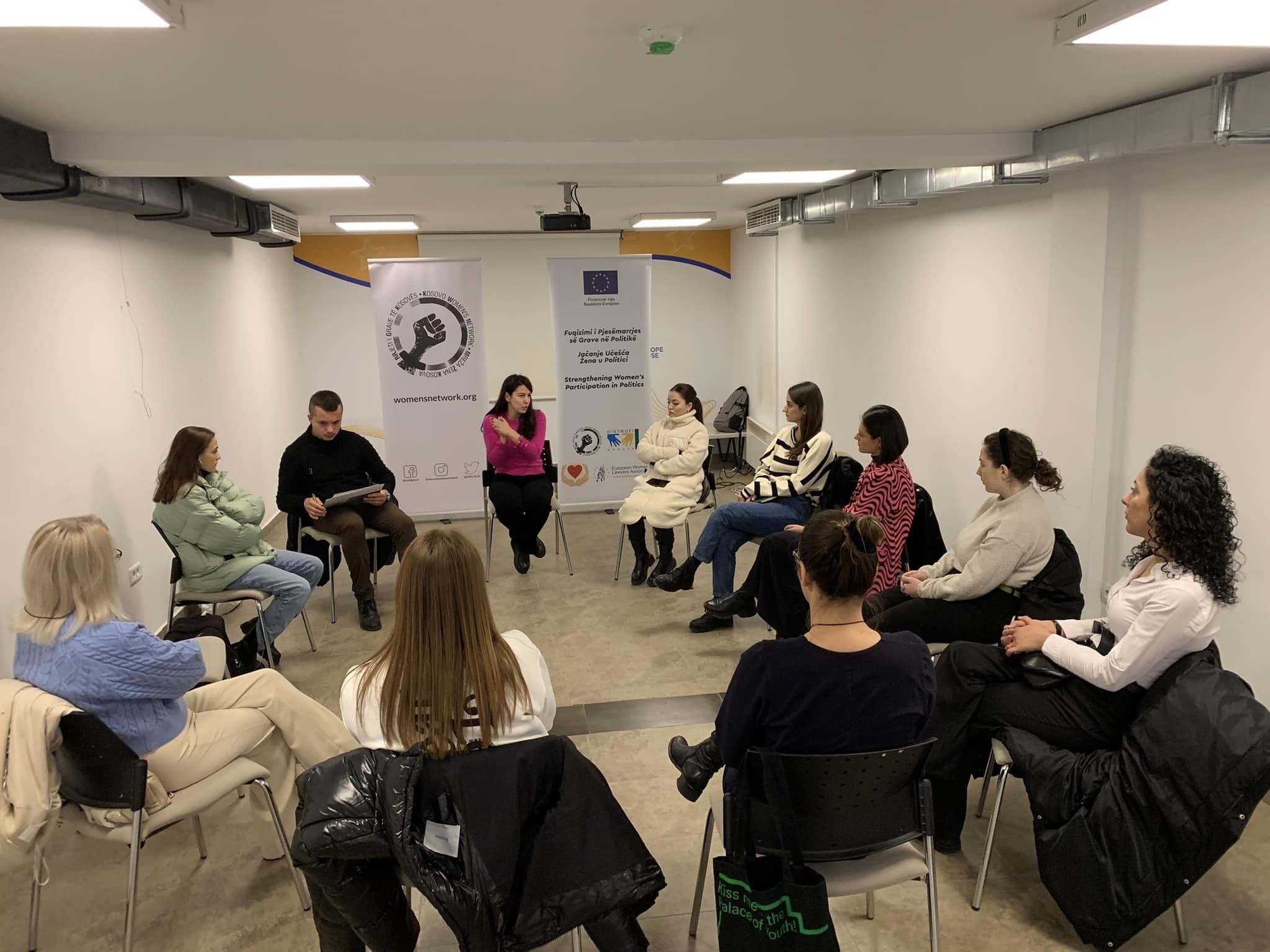